Sailing the Beagle Channel and penguins 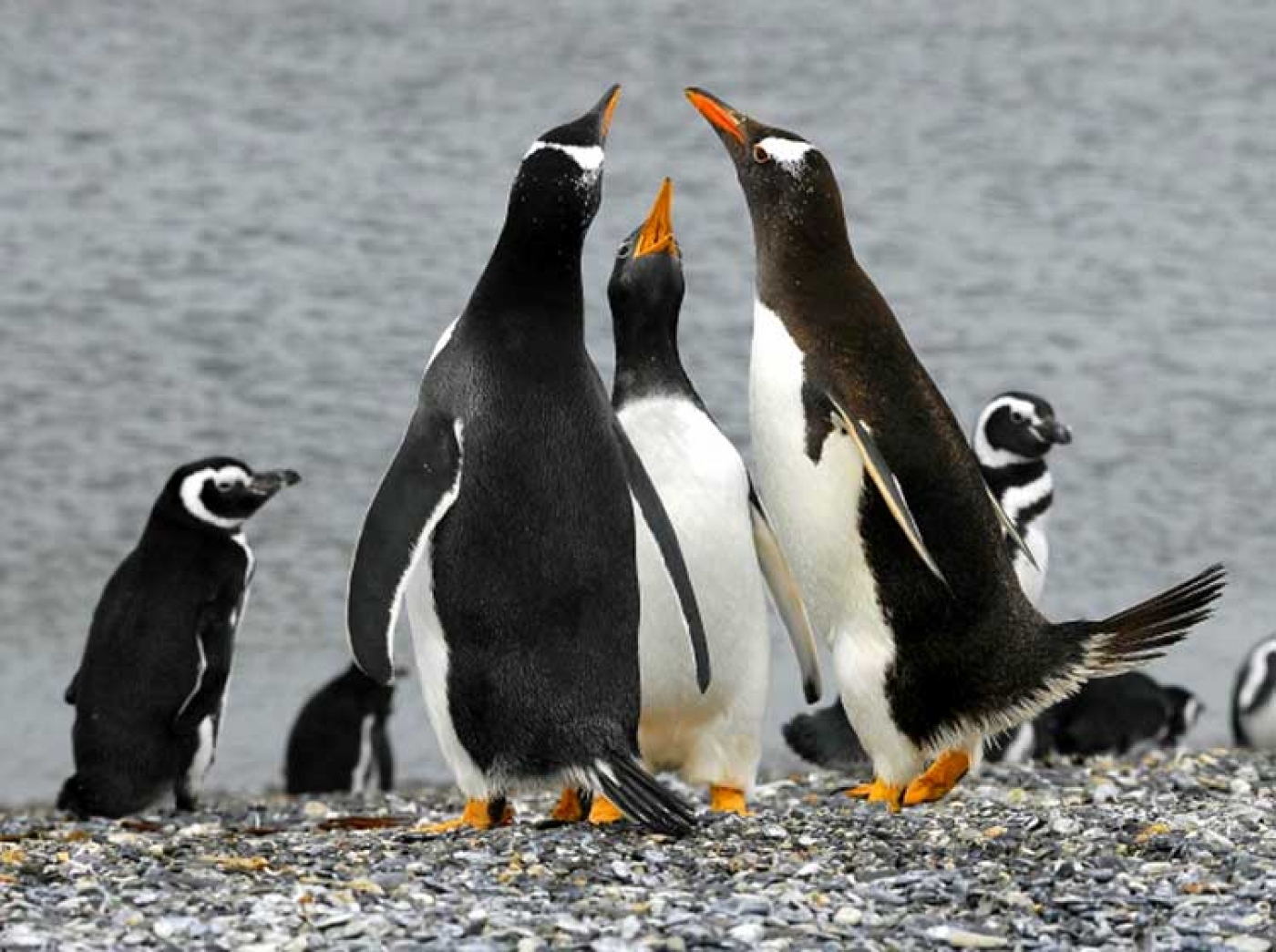 Description of the activity

The jouney starts with the travel from the Ushuaia Bay towards the Beagle Channel. We visit Bird Island, were we will sight the flora and fauna, in particular some interesting sea birds like skuas, black eyebrow albatross, cauquenes, cook gulls, and grey gulls. We continue to the Island of Seawolves, were the main atraccion are seawolves of one and two furs. These two islands are part of the Bridges archpelago. At the Lighthouse Les Eclaireures , in the middle of the Beagle Channel, we stop for a typical photo with the lighthouse in the backstage, that symbolic photo of the harbour and bay of Ushuaia that we all want to keep as souvenir. At the same place you will apreciate the imperial and rock cormorants as well as learn about the shipwreck of the SS Monte Cervantes in the 30's . From there we head east where after a few minutes we will sight Puerto Almanza on the Argentine side and the chilean navy base Puerto Williams on the other side of the channel. A few minutes later we stop for half an hour at the Martillo Island were we will visit a penguin colony with Magellan , Papua and King penguin families

Afterwards we start the journey back to the city. We travel close to the coast of the channel allowing us to take a look at the flora and fauna from close range until we sight Estancia Tunel and Estancia Remolino, where since 1912 lays the submerged hull of the Monte Sarmiento steamer.

The final view of the journey back to the Ushuaia dock is the mountainous Andes cord that surrounds Ushuaia. Its a journey full of richness both from the historic as well as natural standpoints.